VFDS FOR HONEYBEES — WHAT AND WHY?

The Nov. 2016 article in Bee Culture Magazine did a great job on this topic. Here's a synopsis.

"When the U.S. Food and Drug Administration (FDA)’s Veterinary Feed Directive (VFD) regulations take effect in January to combat overuse of antimicrobial drugs in food animals, veterinarians will be in charge of an uncommon patient: honey bees.

That’s right—honey bees are considered a food animal and will be subject to the same regulations as cows, chickens and other animals raised for food production. The antibiotics beekeepers use will no longer be available over the counter, and will require a VFD order from a veterinarian to be administered.

With a rise in beekeeping’s popularity—especially in backyard hives—in the last few years, veterinarians may see increased calls to examine hives once the regulations take effect.

The FDA’s VFD regulations became final in 2013, giving the industry to come into compliance. They’re intended to change how antibiotics considered medically important in human medicine are used in food-producing animals in order to combat concerns of drug resistance.The FDA wants to eliminate the use of such drugs for growth promotion and feed efficiency. It accomplishes this by bringing the use of these drugs under the supervision of licensed veterinarians.

These changes are meant to ensure that antimicrobials are used only when appropriate for specific animal health purposes—and the veterinarian is the one who makes that call.A VFD, sometimes called a “VFD order,” is a written statement from a practicing veterinarian authorizing the use of a VFD drug or combination VFD drug in animal feed, according to the FDA. This statement also authorizes the client who owns the animals to obtain and use animal feed containing a VFD drug or combination VFD drug according to the indicated use.

A VFD drug is one that is intended for use in or on animal feed under the supervision of a veterinarian. A combination VFD drug is a combination product that includes at least one VFD drug.

Why not a prescription?

While all VFD and prescription medications require the supervision of a veterinarian with an established veterinary-client-patient relationship, VFD medications fall into a separate regulatory category from prescriptions. When the medication is approved for use in or on feed, it is a VFD drug. When it is approved for use in animals but not in feed, it is a prescription drug. Medications designed to be administered in water require a prescription, not a VFD. The antibiotics used for honey bees come in two forms. One has a VFD label and three have prescription labels. They are all fed to bees by mixing with sugar and sprinkling the mixture in the hive." 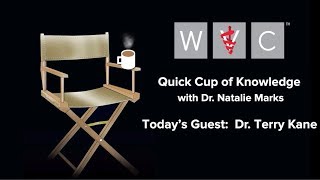 Help! My Colony has Ants!

It's not just about the mite...

Prescription? or VFD? How to know?